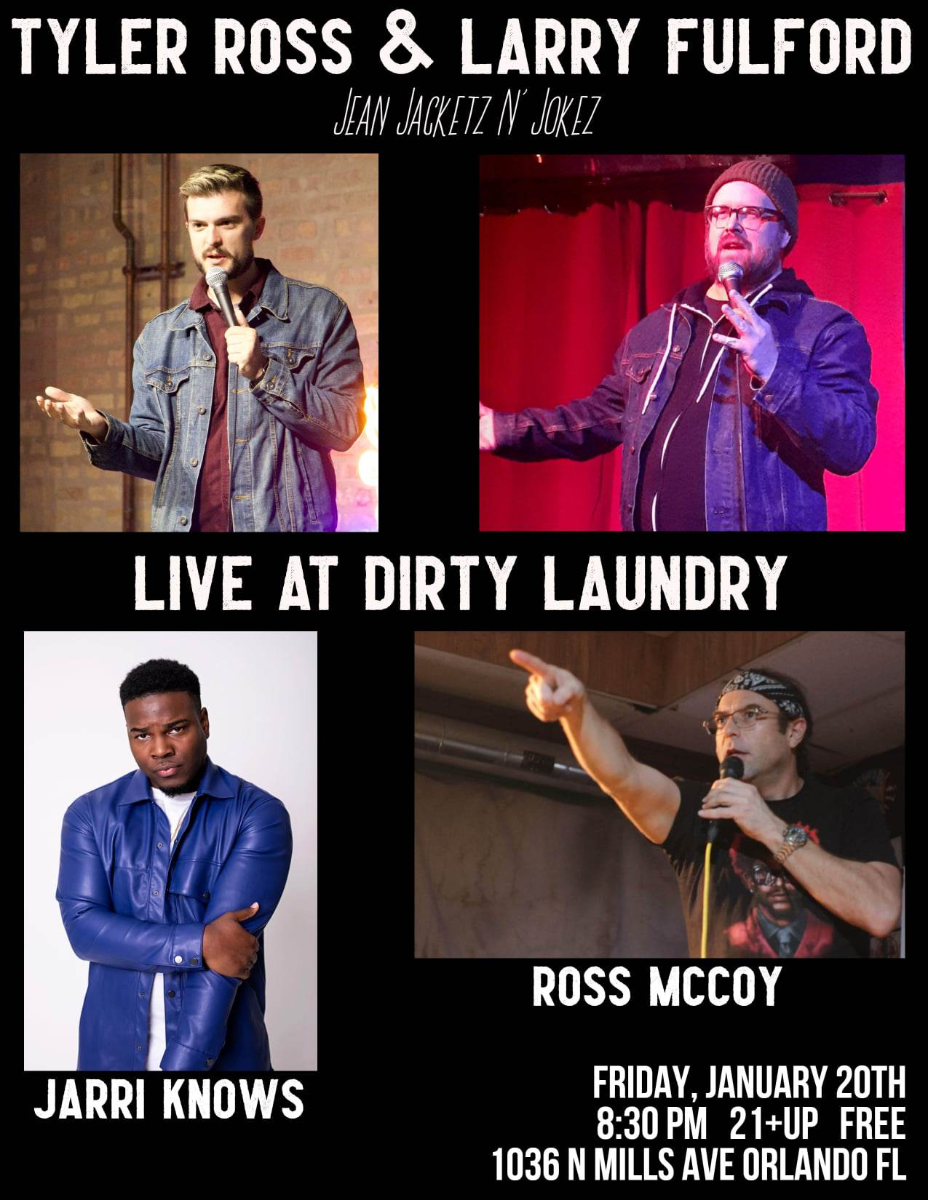 Tyler Ross is a Chicago-based comedian by way of Cleveland. His silly and playful style of comedy has left audiences in states of pure joy all across the US and Canada. Tyler has been seen at the Whiskey Bear Comedy Festival, CANTV's LOL and just about anywhere they'll let him be loud and tell jokes. Tyler also hosts the sports history podcast, Because They Must.

Creator/host of interactive comedy show, What Do You Want From Us?!, Larry Fulford feels most grounded tiptoeing a tightrope of personal stories high above a moat of pure absurdism and political and religious satire. Fulford has opened for the likes of Brian Posehn, Nick Thune, Creed Bratton (The Office) and Jay Chandrasekhar (Broken Lizard) and appeared at the Altercation Comedy Festival, Oak City Comedy Festival, Memphis Comedy Festival, Orlando Indie Comedy Festival and Cape Fear Comedy Festival.

Jarri Knows is a central Florida based comedian best known for his dark humor and thought provoking social commentary. His penchant for pushing the boundaries will make you hate that you love him.

Ross McCoy is a father of three and has been a stay at home dad (or, as he prefers, "housewife") for over 20 years. You may have heard him on 104.1 FM RealRadio or A Mediocre Time with Tom and Dan, Doug Loves Movies and the Orlando Talk Show podcast.
+ Google Calendar