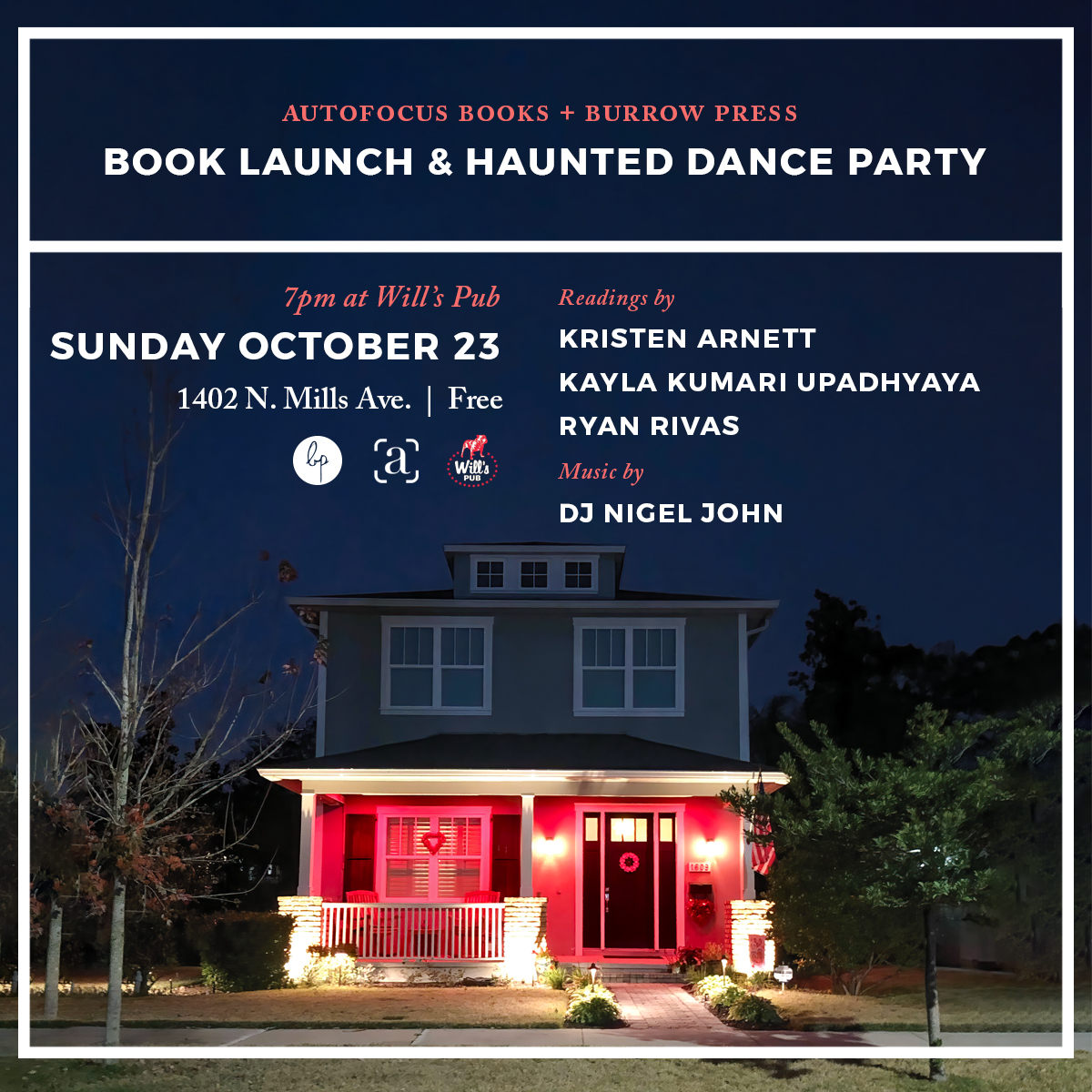 About Nextdoor in Colonialtown:

Ryan Rivas has lived in Orlando’s Colonialtown North neighborhood for over a decade. In Nextdoor in Colonialtown, he pairs photos of the neighborhood with conversations assembled from the area’s Nextdoor.com posts. The result is at turns absurd and abject, goofy and gothic, paranoid and profound. By displacing his familiar surroundings, Rivas evokes the broader White imaginary underlying colonialism and suburbanization.

Right before meeting her girlfriend Amber's parents for the first time, the unnamed narrator of Helen House learns that she and her partner share a similar trauma: both of their sisters are dead. As the narrator wonders what else Amber has been hiding, she struggles with her own secret--using sex as a coping mechanism--as well as confusion and guilt over whether she really cares about Amber, or if she's only using her for sex. When they arrive at the parents' rural upstate home, a quaint but awkward first meeting unravels into a nightmare in which the narrator finds herself stranded in a family's decades-long mourning ritual. At turns terrifying and erotic, Helen House is a queer ghost story about trauma and grief.